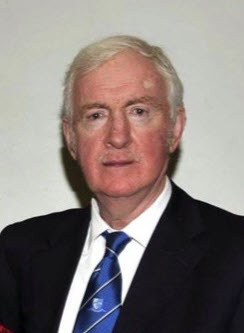 Published: about 2 months ago

A real sense of sadness descended over Sarsfields this evening, as news reached us of the passing of one of our most dedicated and popular sons, Dave Mc Carthy. Dave’s grandfather Billy O’Neill was the founder member of the club in 1896. The term “lifetime service” aptly describes the huge contribution Dave has made to Sars both on and off the pitch.

Known to so many as Dave Fox with his shock of red hair, Dave played a starring role in our U14 county double success in 1968. With fleet of foot and huge determination Cork minor recognition followed in 1972 as he also helped Sars to a great minor campaign that year. However his greatest success came in 1975 as Sars captured our first U21 county title in that grade. Under the guidance of manager Paddy Lambe he enjoyed a superb campaign, culminating with a brilliant display in the county final win over Bandon. The victory was all the sweeter as his brother Liam was also on the panel.

Back in 1972 I was privileged to join the Sars committee with Dave, and he has been ever present since then. He served in various officer roles, and is currently Asst. Treasurer of the club. He played a key role when we purchased our grounds in 1989 and has been very involved in all developments since then. A tremendous fund raiser, he was always our leading seller in so many draws over the years. For this he was very appreciative of the great support he got from his colleagues in An Post, where he worked for over forty years in Brian Boru St. and more recently in Little Island up to his retirement.

More recently Dave was delighted to accept an invitation from senior hurling manager Brian Roche to join his management team. Dave really enjoyed this role and became a hugely influential and popular member of the group. Dave had a tremendous ability to lift the spirits following defeat, his rallying speech followed by his outstanding rendering of “Fiddlers Green” had everyone quickly focused on the next Sars challenge ahead. Dave leaves the pitch for the final time, equipped with the knowledge that he has given everything for the Black, Blue and White of Sars. He has also given us a legacy of so many happy memories which we will enjoy and cherish for many years to come.

Sarsfields Hurling Club would like to extend our sincere sympathy to his wife Eileen, son Ryan, and all his family and friends.

Sarsfields Hurling Club are teaming up with Bad Boys BBQ ...

A very special day in Sarsfields Hurling club on Saturday...

Get live information for Club on the ClubZap App